Staffan has a background in construction and support services, working in Tarmac, Carillion, and Arup, with 20 years senior executive experience in general management, strategy and corporate development.

Staffan’s career began for Tarmac in 1984 in major project delivery in both building and civil engineering.  From 1993, he was MD for a succession of businesses with responsibility for over a thousand people and up to £170m of sales.

He was MD when Wimpey and Tarmac executed the historic asset-swap in 1995, delivering the integration of their two substantial plant businesses, and played a key role in the de-merger that formed Carillion from Tarmac in 1999.

As Strategy Director for Carillion Plc from 2001 he led M&A, leading to the transformational acquisitions and integrations of Mowlem in 2006 and Alfred McAlpine in 2008, increasing the size of the business from £2bn to £5bn sales. 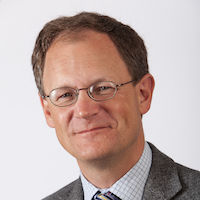 Reporting to the Group Chief Executive. Responsible for up to 200 staff in central functions. Engaged in all aspects of corporate life of a £5bn group.

Business sales of £100m per annum in social housing refurbishment and maintenance repairs. Responsible for 500 employees and many subcontractors.

Business sales of £70m pa including subsidiaries. Responsible for 1000 staff over dozens of offices and 4 countries.

£60m pa sales, responsible for 900 staff and operatives over 12 offices and depots.

A tremendous learning experience, working on many corporate issues and programmes.

Working on construction projects across the UK, including 1 year design experience at Arup.

We are in an anxious and fascinating time. We have all been seeing ‘headless chicken’ Covid 19 responses at national, corporate, and individual levels. […]

When to change your strategy…

This has to be my favourite picture of 2019. I had been working on a strategy project for a regional construction and […]

I am often asked to help organisations to think beyond their current markets into new ones, and here are the key […]